Heidi Martell’s diverse life experiences led her to her true calling as a Cannabis Nurse Navigator. Heidi began this journey following a car accident when she was 18. The next 5 years were filled with surgeries followed by periods of recovery and rehabilitation. During this time, Heidi was completing her accelerated 3-year BA from Harvard, as well as discovering photography as a therapeutic means of exploring physical pain. She continued these explorations while pursuing her MA in photography from NYU. After caring for her grandmother dying from bone cancer, Heidi expanded her exploration of grief and healing to include the study of psychology, as well as the alternative healing methods of Mindfulness Meditation, Kundalini Yoga & Meditation, and Pilates—which Heidi teaches to both adults and children. She began working at Memorial Sloan Kettering as a clinical research assistant on an art therapy study with pediatric bone marrow transplant patients. Heidi also became the Project Coordinator of a yoga study with breast cancer patients at the Albert Einstein College of Medicine. Thereafter, Heidi received a grant to travel to India for a year to deepen her study of healing through mentorship with masters of yoga, meditation, and Ayurveda.

Upon returning to the U.S., Heidi gave birth at home to her 3 biological children and adopted her beloved daughter Luna who was battling liver cancer. As Luna’s cancer persisted, Heidi began studying nursing in order to be able to better care for Luna. She completed her Registered Nursing education at UCSF, where she primarily cared for adult & pediatric stem cell transplant patients. After moving to Texas, Heidi began working at Baylor, Scott, & White over the next 2 years as a Medical-Surgical/Pediatric nurse while she completed her BS in Nursing. She then took a hiatus to care for Luna at home and to grieve with her family upon Luna’s passing. Thereafter, Heidi returned to nursing as both a bone marrow transplant and recovery room nurse. Then, in 2017, one of her sons was diagnosed with a brain tumor. In addition, one of Heidi’s other sons was diagnosed with a chondroblastoma in 2018. Since 2016, Heidi had already been researching cannabis as medicine for both physical and psychological/behavioral challenges. She incorporated cannabis into her sons’ therapy regimens, and their tumors have since dissipated or remained very slow-growing.

After relocating to AZ, Heidi became a multi-specialty, pediatric nurse navigator at Banner Health while simultaneously solidifying her cannabis research and knowledge. She holds certifications in Cannabis Nursing through the American Cannabis Nurses Association and through Radicle Health, led by cannabis nursing pioneer & President-elect of the American Cannabis Nurses' Association, Eloise Theisen. Heidi has been the recipient of nursing awards for extraordinary patient care; scholarships for outstanding academics, leadership, and dedication; and inducted into the International Honor Society of Nursing. She is also a member of the American Cannabis Nurses Association, the AZ Cannabis Nurses Association, the International Cannabinoid Research Society, and the Oncology Nursing Society. Heidi has worked with pediatric, adult, and geriatric populations and has particular interests in cannabis education related to pain, insomnia, anxiety & depression, behavioral challenges, opioid withdrawal, declining memory, and other common geriatric challenges. Heidi has most recently been consulting for California-based CannaKids/CKSoul. With the creation of Colibris Cannabis Consulting, not only can Heidi provide distance phone consultations but she can now also consult in-person--as well as by phone--with local clients. 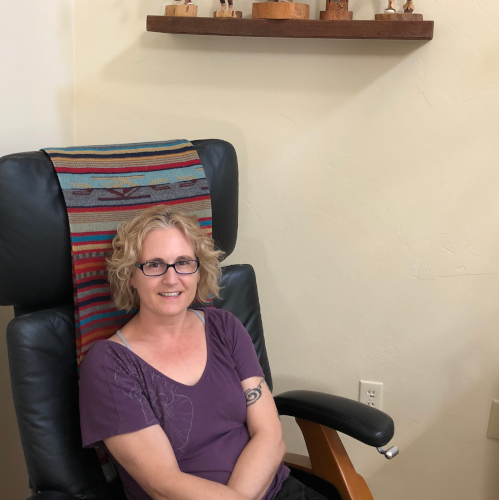